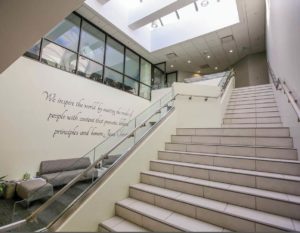 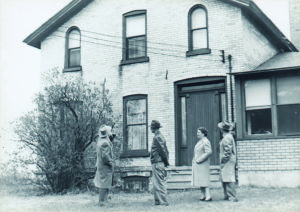 Zondervan is a world leading Bible publisher and provider of Christian communications.

With over 300 new, original books and Bibles published annually, Zondervan has been delivering transformational Christian experiences through its bestselling Bibles, books, curricula, academic resources and digital products for more than 80 years. Today, Zondervan operates out of Grand Rapids, MI, and the company’s products are sold in multiple formats, worldwide in more than 100 countries, translated into over 65 languages.

Pat and Bernard Zondervan started their religious publishing firm out of their mother’s Michigan farmhouse in 1931 and published their first book, Women of the Old Testament, two years later. Zondervan quickly became an established and trusted source for Christian content, and in 1971, the company was approached by the Committee on Bible Translation (CBT) to be the sole North American licensee for the New International Translation. Zondervan published the full NIV Bible for the first time in 1978. Within a decade, it became the bestselling English-language version of the Bible, a position it holds to this day.

Zondervan has remained dedicated to producing quality Christian content with integrity, which has allowed sustained growth and has established the company as a revered and reliable source for transformative and inspirational content. In 1988, Zondervan was acquired by Harper & Row, now HarperCollins, eventually leading them to be one of the two major publishing houses that formed HarperCollins Christian Publishing in 2012. Zondervan continues to operate primarily out of Grand Rapids, MI, with headquarters in Nashville, TN.