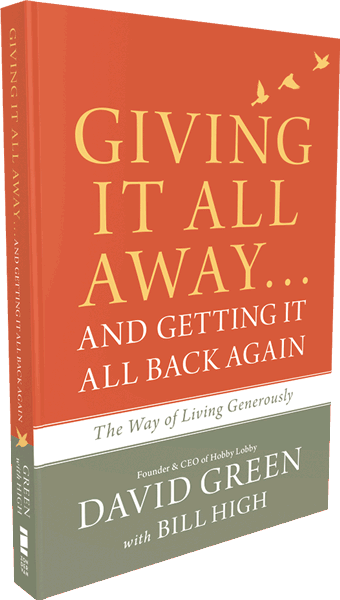 Giving It All Away ... And Getting It All Back Again

David Green believes that generosity and building a legacy based on giving can lead to getting back what you really want: a family that stays together, prays together, and shares life joyfully.

Green tells the story of caring for the small things and starting Hobby Lobby in their garage. He shares the difference between the worlds of “having and hoarding” and a world of “giving and generosity,” the principle of working for God and not for men, and that now is not too soon to consider what you want your legacy to be.

As proof of how living by those principles can change your life, Green shares that when Hobby Lobby came close to bankruptcy in 1986 and when the Supreme Court challenged the Hobby Lobby’s right to life beliefs in 2014, the company emerged with its integrity intact.

Green sees the life of giving as a life of adventure. But it’s a life that pays the best rewards personally, offers a powerful legacy to your family, and changes those you touch.

WHAT OTHER LEADERS ARE SAYING

"Because of his faith and generosity, David Green has changed the world. His love and friendship have changed our ministry. His story will change your walk with God."

“If you want to be smart, you find out what smart people do and imitate that. And I’ve known David Green long enough to understand that he is worth imitating. His business wisdom is surpassed only by his integrity and faith. This book reflects David at his very best.”

president, Focus on the Family

“By any measure, David Green is a successful businessman. But much more important, David is a faithful man and a generous man, because he sees life with an eternal perspective. He understands that God entrusts us with his resources to do his work here on earth, for the purposes of heaven. This is an inspiring and challenging book that has the potential to change the way you look at everything you do.”

president and CEO, Fellowship of Companies for Christ International

"David Green has lived out his true calling to lead a company owned by God and for God’s glory. The way of living generously comes from humble life lessons. David not only learned these critical lessons but applies them daily in all aspects
of his life."

“I am honored to give my unreserved endorsement to this wonderful book! I believe it will become a classic and treasured work and an inspiration for countless others. I read it with great joy and will recommend it to our team and members as soon as it is available.”

“David Green’s new book is hands down the most amazing story about giving I’ve ever read. Get ready to be blessed as you read this power-packed book sure to inspire you to embrace a life of
extravagant generosity.” 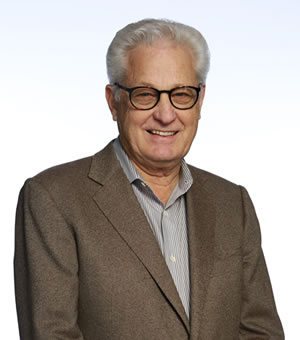 David Green is soft-spoken, passionate about his faith, and dedicated to his family. He is also the founder of the largest privately owned arts and crafts retailer in the world.

In 1970 David Green borrowed $600 to buy a molding chopper, set up shop in his garage at home, and started making miniature wooden picture frames. As of 2017, Hobby Lobby employs over 32,000 people, operates 700 stores in forty-seven states, and grosses $4.2 billion a year. Currently David serves on the Board of Reference for Oral Roberts University in Tulsa, Oklahoma. In 2013, he was honored by receiving the World Changer award, and he is also a past Ernst & Young national retail/consumer Entrepreneur of the Year Award recipient.

In June of 2014 the Supreme Court of the United States ruled in favor of David and Barbara Green, and Hobby Lobby. The historic ruling protected Hobby Lobby and the Green Family from the U.S. Department of Health and Human Services mandate that would have required the retailer to provide and facilitate, against their religious convictions, four potentially life-terminating drugs and devices in the company’s health insurance plan.

David & his wife Barbara are the proud parents of two sons and one daughter, grandparents to ten, and great grandparents to eleven. They are actively pursuing what it looks like to leave a lasting legacy. 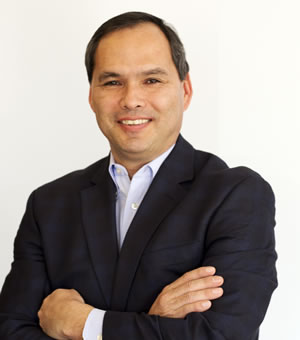 Bill High is a forward-thinking entrepreneur with over fifteen years’ experience running a nonprofit. Having lost his own father at age 12, Bill deeply understands the need for strong families and lasting legacies.

Today his mission is to empower families in building legacies of generosity. He specializes in coaching families, individual givers, and financial advisers regarding biblical generosity and charitable giving.

After graduating with a degree in law from the University of Kansas and building a successful career as a lawyer, in 1999 he left the law firm to embark on a new adventure—becoming the CEO of National Christian Foundation Heartland, the largest affiliate of a billion-dollar nonprofit that ranks 9th in the U.S. Since then, Bill High has also branched out in numerous business ventures to further the causes of generosity and family legacy. He founded iDonate, the country’s first giving software to handle cash and noncash gifts in a single platform; and Family Arc, an online private family archive service.

Bill and his wife Brooke have been married since 1987. As the proud parents of four children and grandparents of two grandchildren, they love building their own family legacy. You can learn more about Bill at www.billhigh.com.