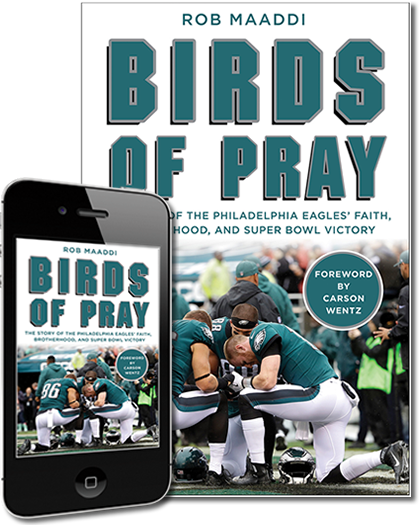 The Story of the Philadelphia Eagles’ Faith, Brotherhood, and Super Bowl Victory

They were the first No. 1 seed in NFL history to enter the playoffs as an underdog. Their star quarterback was out with a season-ending knee injury. Five-time Super Bowl champions the New England Patriots towered over them. But public opinion didn't matter to the Philadelphia Eagles. They believed in each other. The band of Christian brothers on the team believed in the God of the impossible, and they played for an audience of One.

The most extensive book to explore the Christian faith shared by many of the team's players, Birds of Pray details the incredible inside story behind the Eagles' capture of the biggest prize in professional sports: the Vince Lombardi Trophy. Through exclusive interviews with the players, never-before-seen photos, and insider accounts of the miracle season's most memorable moments, Philly native and Associated Press sportswriter Rob Maaddi reveals a side of the team the world has yet to fully witness.

Now’s your chance to go behind the scenes and get the full story.

WHAT THE PLAYERS & OTHERS ARE SAYING

"In Birds of Pray, Rob Maaddi captures the story of our brotherhood and the special bond we have in Christ that helped us become Super Bowl champions."

“We wanted to win the Super Bowl. But we also knew making disciples of Jesus is our number one priority. Rob was there to see and hear that. From the pre-game huddles to baptisms in the cold tub and all the moments in between, this book tells you those stories.”

“Our team faced tremendous odds last year and yet we overcame and went on to capture the Super Bowl title. The world knows the headline, but this book tells the inside story from someone — a fellow brother in Christ — who was with us the whole time. Don't miss it.”

“If you’re a football fan you likely know the story of the 2017 Philadelphia Eagles on the field. Winning the Super Bowl was a tremendous accomplishment but it is only half the story. Birds of Pray will give you a look at what really made the Eagles special—the tremendous spiritual bond they developed through Jesus Christ.”

“As a member of the Eagles for some time, I was drawn to this team for their faith in the Lord and the support for one another. Rob has covered the Eagles for eighteen years. He was there nearly my entire career in Philadelphia. He knows the team, he understands their faith journey, and I know he knows the Lord. Birds of Pray is a unique look at what made the Eagles Super Bowl champs.”

"I cannot wait to get my hands on Birds of Pray. I can say that this team was special and a little different in its approach; they made it very clear Jesus was going to be the beginning, middle, and end to every single thing they did. I'm excited to read how this Eagles team led by its quarterback with his own story of tribulation kept pointing to Jesus, no matter what."

"Looking for proof that faith and classic underdog grit can power you forward to victory? Look no further. Birds of Pray is exactly that."

“Inspiring, bold, and unforgettable — get to know the Philly spirit and Eagles' pride like never before in this book that details the faith of the Super Bowl champions.”

“Rob Maaddi has been covering the Philadelphia Eagles for longer than I've been on the team. He has been on a faith journey with us and has witnessed our exploits both on and off the field. No one can tell the story better.” 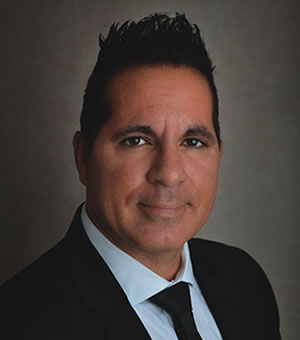 Rob Maaddi is an author, radio and television personality and dynamic speaker who has covered Philadelphia sports for The Associated Press since 2000.

He’s also a Major League Baseball Hall of Fame voter and former president of the Philadelphia chapter of the Baseball Writers’ Association of America.

A passionate Christian devoted to spreading the Gospel, Rob launched "Faith On The Field Show" on Philadelphia's 610 ESPN radio in April 2017 (faithonthefieldshow.com). Rob has written or co-written seven other books.

Rob and his wife, Remy, have twin daughters: Alexia and Melina. Rob and Remy were breakout stars from WE tv’s first season of “Marriage Boot Camp” in 2013. They starred in the “Remy and Rob” spin-off before putting their television careers on hold following the birth of twin girls in August 2013.

A South Philly native, Rob graduated from St. John Neumann High School, received a Bachelor of Arts in English from Rutgers-Camden University and a Master of Journalism from Temple University. Rob is a member of the Deacons Prison Ministry softball team and is involved in numerous charities. Rob and Remy launched their Be A Blessing Foundation (beablessingfoundation.com) in December 2017. He and his family reside in South Jersey.