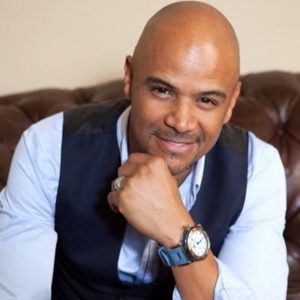 As a husband, father and relationship coach, Whitfield says manhood is more than a code of behavior and standards. His upcoming release shows how faith serves as the divine model for manhood, as it never acts out of flesh or self-interest. Whitfield will expose the debilitating myths, reverse the negative trends, shatter stereotypes, and spark conversations that will empower males to help the women and children in their lives find their place of peace and purpose.

Passionate about helping address the challenges and pressures of masculine identity in the 21st century, Whitfield is also the co-creator of The Manhood Tour, a global movement committed to awakening the consciousness of men, giving them the keys to effective and impactful leadership, and teaching them how to tap into their talents and live them in the highest degree.

Dondré T. Whitfield is a three-time Emmy nominee best known for his role as Remy Newell on the critically acclaimed series “Queen Sugar,” created and produced by Golden Globe-nominee Ava DuVernay and co-executive produced by Oprah Winfrey on the OWN Network. Whitfield’s career spans over a quarter century and he has appeared with such industry heavyweights as John Travolta, Helen Mirren, David Oyelowo, Michael B. Jordan and Kevin Hart. Whitfield and his wife, actress and director Salli Richardson-Whitfield, live in Los Angeles with their two children.