The Color of Compromise: The Truth about the American Church’s Complicity in Racism to release January 2019 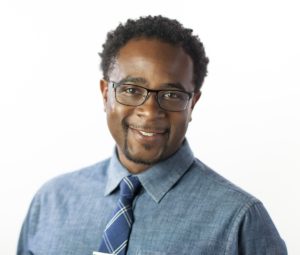 GRAND RAPIDS, Mich., Feb. 14, 2018 — Jemar Tisby, president and co-founder of The Witness: A Black Christian Collective, has signed on to publish his first book, The Color of Compromise: The Truth about the American Church’s Complicity in Racism, with Zondervan in January 2019.

Tisby will reveal the chilling connection between the church and racism throughout American history. He will survey the many ways Christians have reinforced theories of racial superiority and inferiority, and he will provide motivation for readers to take a series of bold actions—which must be performed to forge a future of equity and justice.

Tisby has written about race, religion, and culture for The Washington Post, CNN, Vox, Christianity Today and The New York Times. He is the co-host of the Pass The Mic podcast, which is frequently rated as one of the top 100 religion and faith podcasts on iTunes.

Tisby is a PhD student in history at the University of Mississippi, studying race and religion in the 20th century, and he has spoken to thousands at colleges, conferences, and churches across the country on such topics as “Understanding the Heart Cry of Black Lives Matter,” “The Historical Politics of Race in America,” and “The Image of God and the Minority Experience.” In 2017, the Religion News Association recognized him for excellence in student religion reporting for his articles on the police-related killings of unarmed black citizens.

“I could not be more pleased to have Jemar publishing with Zondervan,” says Stanley N. Gundry, SVP and publisher, Zondervan. “For the last 35 years I have been committed to giving a publishing platform to African-American Christian leaders. Jemar’s voice and expertise is a welcome addition to this publishing program, and the message of this, his debut book, is urgently needed at this moment in our nation.”