Steve Greig is an accountant whose passion for animals has led to him becoming a sought-after advocate for pet adoption. He has appeared on television and been covered by many publications, including NBC Nightly News, ABC News, Fox 5, Animal Planet, Bravo, Rachel Ray, Today.com, Huffington Post, Country Living, PetInsider, Susie’s Senior Dogs, The Dodo, and more). 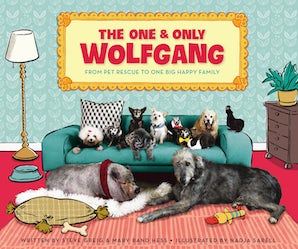 The One and Only Wolfgang