Irving Hexham’s introductory world religions text explores various religions under the broad categories of African Religions, the Yogic Traditions (including Buddhism), and the Abrahamic traditions. He presents an appreciative yet realistic approach, noting both the strengths and inherent problems of various world religions.

Globalization and high-speed communication put twenty-first century people in contact with adherents to a wide variety of world religions, but usually, valuable knowledge of these other traditions is limited at best. On the one hand, religious stereotypes abound, hampering a serious exploration of unfamiliar philosophies and practices. On the other hand, the popular idea that all religions lead to the same God or the same moral life fails to account for the distinctive origins and radically different teachings found across the world’s many religions. Understanding World Religions presents religion as a complex and intriguing matrix of history, philosophy, culture, beliefs, and practices. Hexham believes that a certain degree of objectivity and critique is inherent in the study of religion, and he guides readers in responsible ways of carrying this out. Of particular importance is Hexham’s decision to explore African religions, which have frequently been absent from major religion texts. He surveys these in addition to varieties of Hinduism, Buddhism, Judaism, Christianity, and Islam.

An ideal, clear, and lively introduction to world religions for North American students that also briefly deals with their modern developments, e.g. in the field of Buddhism.

A book that goes beyond mere description to engage real, and often controversial, issues. All university teachers grappling with these issues will find it of great use. Unlike most texts of this nature, it has an extensive section on African traditions that ought to interest scholars teaching African politics. It is a highly commendable piece of work.

Hexham offers an introduction to the study of religions based on his years of teaching the subject, an impressive multicultural knowledge of various religious traditions, and in a style that is readable and engaging. Not another boring catalogue of religious beliefs and practices looked at from a pseudosophisticated afar, Hexham’s book conveys something of the diversity and controversies involved in the academic study of religions.

Many Western presentations of Islam merely pass on selected remarks from unreliable tertiary sources. Irving Hexham’s chapters on Islam are unique in that they reach beyond library versions, Muslim polemic, and Western politically correct advocacy to the actual discourse of devoted Muslims around the world today. Hexham takes seriously the sourcebooks through which Muslims understand their faith and practice, and the perspectives of recent authors whose influence shapes modern Muslim views. He rightly relies on some of the strongest scholarly studies of Islam for his analysis and evaluation, which sheds light on a subject that remains confusing for many Westerners.

I enjoyed the chapters on Indian religions enormously. They are enlightening and fascinating for anyone who has brushed the surface of India and its religious traditions. The author has produced a work that is very readable and thought-provoking, but, more importantly, one that brings the religions to life in a practical way.

Irving Hexham is professor of Religious Studies at the University of Calgary and adjunct professor of World Christianity at Liverpool Hope University. He has published twenty-seven academic books, including The Concise Dictionary of Religion, Understanding Cults and New Religions, and Religion and Economic Thought, plus eighty major academic articles and chapters in books, numerous popular articles, and book reviews. Recently he completed a report for the United Nations’ refugee agency on religious conflict in Africa and another for the Canadian Government’s Department of Canadian Heritage on Religious Publications in Canada. He is listed in Who’s Who in Canada and various scholarly directories. In 2008, he was honored at the historic Humboldt University in Berlin with a Festschrift, Border Crossings: Explorations of an Interdisciplinary Historian (Stuttgart: Franz Steiner Verlag). 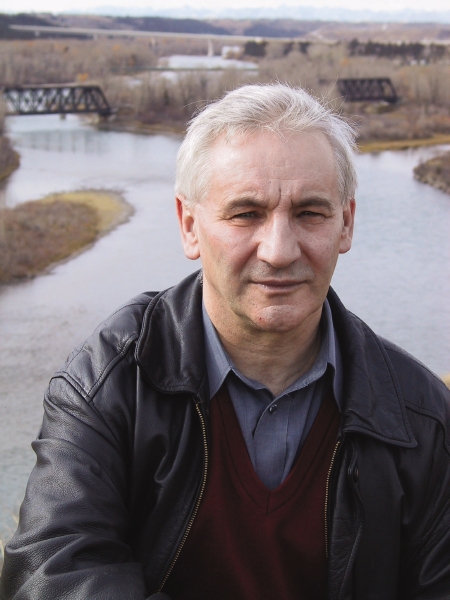